We are so excited to announce that the research that our partner BCG have conducted was launched on the 13th September 2019! The report called

was presented at the WorldSkills Conference 2019 in Kazan, and tries to find solutions and share best practices on the growing skills gap problem. 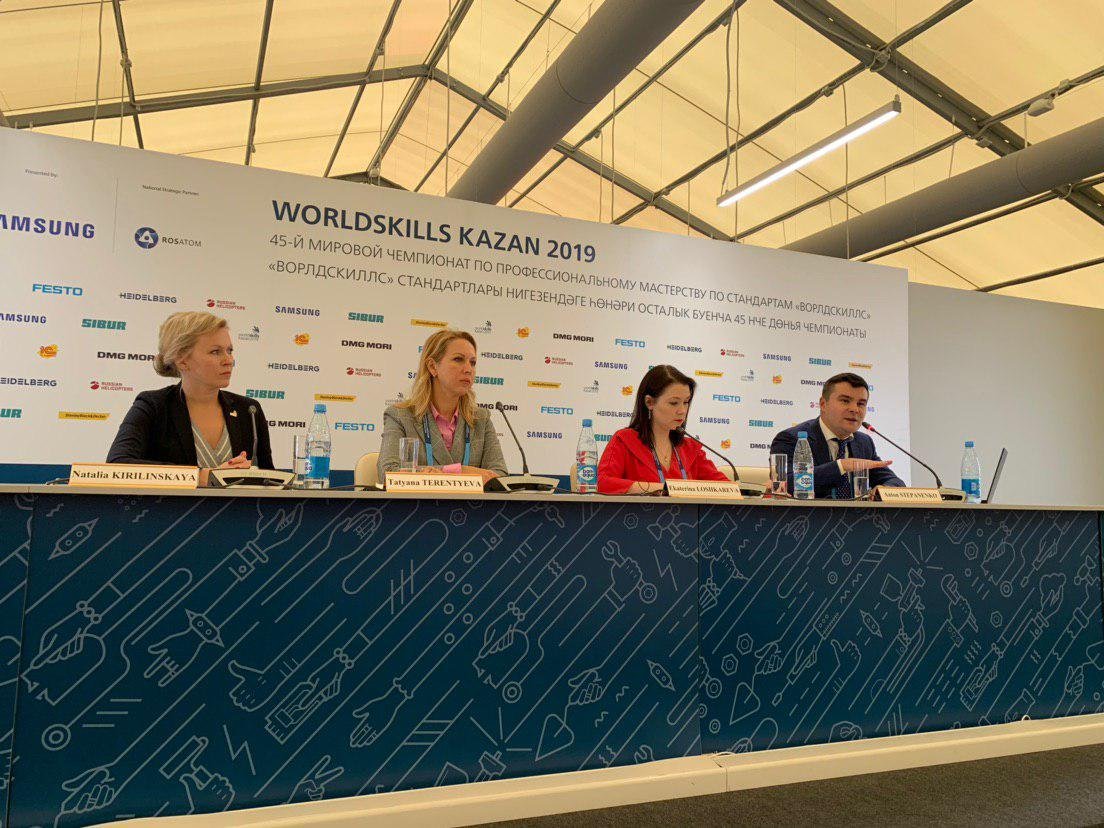 The skills mismatch already impacts over 50% of employers. By 2030, 1.4 billion workers will not have the right skills for their jobs. IT, AI, and robotics are expected to affect a third of all existing professions by 2035. According to the IMF, 6% of the world’s GDP, that’s US$ 5 trillion, is lost every year due to the increasing gap between skills supply and demand.

The report found that adopting a more human-centric approach to human capital development could accelerate GDP growth in any given country between 0.5% and 2%. The recommended approaches to delivering this address three priorities:

To improve workforce capabilities, the authors of the study recommend the following:

To address employee motivation, the best strategic solutions are based on promoting personal development and installing an incentive-based system.

“Developing the human resources for the future world economy is one of the key challenges currently facing the global community. At the same time, until a person takes responsibility for their own professional development in life, the support tools that are given to them won’t work. You can put all sorts of opportunities in front of them, at colleges, universities, with apprenticeships and so on, but as long as a person believes that they do not need this, or thinks that this isn’t their responsibility, then the support tools available in the market won’t work. Thus, for institutional partners and market players, the key task is to create tools of mass uniqueness.”

The study found that to make opportunities more accessible, domestic demand has to be developed. This will increase the talent available locally and maintain an adequate balance between supply and demand in the labour market.

“Mass standardisation — one education and one profession for life — no longer works in today’s world, neither for the employees themselves nor for the economy and the country as a whole. The old system still exists by inertia, but the conflict with the real demands of society and business is obvious and will only worsen if nothing is done”

“We need to move to a new concept of human-centricity , which looks at the workforce not just as a resource, but at individuals with their own needs, aspirations, capabilities, and potential. Countries that focus on human-centric principles demonstrate much higher labour productivity rates than those where the skills mismatch has reached its peak.”

We are so excited to announce that the research that our partner BCG have conducted was launched on the 13th September 2019! The report called “Mission Talent – Mass Uniqueness: A Global Challenge for One Billion Workers” was presented at the WorldSkills Conference 2019 in Kazan, and tries to find solutions and share best practices […]